Going through my last batch of DVDs to arrive, there’s some pretty kick-ass extras in the Criterion edition of In the Mood for Love. And why wouldn’t there be, right? It’s Criterion! Listen to Tony Leung and Maggie Cheung speaking in English is… something else. xD

As an African-American singing in Spanish, [Nat King] Cole embodies American Culture’s ability to absorb, transform, and commodify the exotic for its own ends. In other words, America takes from the world and sells what it has borrowed back to those from whom it was taken.

In the Mood for Love
Hong Kong, 1960s Introduction
Romance and the “Yellow Peril”: Race, Sex and Discursive Strategies in Hollywood Fiction by Gina Marchetti

Unlike Bjork, I feel Salyu is approachable, or it must be that politeness that plagues Japanese language as a whole… anyway, Salyu seems nicer than she appears with those crazy eyes. You know? When she’s singing in this performance of Glide, which by the way is one of those songs that don’t get performed enough for being part of the Lily Chou Chou repertoire, instead of Salyu’s. Because Salyu IS Lily.

Listening to her is one of those experiences, imagine it LIVE~ O.o

You just get to watch it as a YouTube stream, while I enjoy it on my 5.1 Surround sound dvd – and Bill… well, he gets to see Salyu live. I’ll stick to Bjork… unless Salyu decides to come here. Wink wink nudge nudge.

If this clip doesn’t get you to listen to other Salyu songs, I dunno what will.

Dear Viz Media: I Love You, but…

You guys really REALLY need to work on what you call “Special Features”. It’s been a long time coming, but the review I sent to Amazon.com of Linda Linda Linda never showed up, even though I was reviewing the material in the DVD and even making suggestions… so it was a valid write-up.

Last time I bought something in Amazon.com, my order included a copy for the Viz Media release for Tetsuya Nakashima’s Kamikaze Girls

END_OF_DOCUMENT_TOKEN_TO_BE_REPLACED

Two days ago I received my last batch of Spirit Awards screeners… which I’m almost done watching because my internet connection has been failing, so I took that time to watch some of those films, and catch up on my reading~

Anyway, I’m used to receiving screeners on white paper disc cases. They’re economic, and just easier to get and use… they don’t take extra space, and they’re easy to mail.

Obviously, a big company like Lionsgate can take it to the next level, and send their own (simple, but kinda pretty) screener for Precious. It’s all white, with the company’s name, film’s name and a “Consider This” title glossy embossed finish. Plus, they list all the categories they would like to be considered for.

The only problem I found with the Precious screener is that it doesn’t play on my bedroom’s DVD player. It does play in my computer, and in my older DVD player. I have no idea why. Over the nearly 300 DVDs I own, only 4 or 5 don’t play on my player.

The other 5 DVD screeners are for Amreeka, Anvil: The Story of Anvil, The Messenger, The Vicious Kind, and Easier with Practice — all which came on paper cases. The latter two are the only ones that list their Spirit Awards nominations, so we can actually keep an eye for them when we watch them.

In the end, how important are screeners packaging for a film? After all, isn’t it supposed to be all about the film? Yes, it should be about the film, its characters, and its story. However, it would be nice to know what we should be looking out for… be it with some small text on the DVD, or an extra paper insert, or an extra DVD screen menu with the info. It doesn’t have to be as fancy as the Lionsgate. 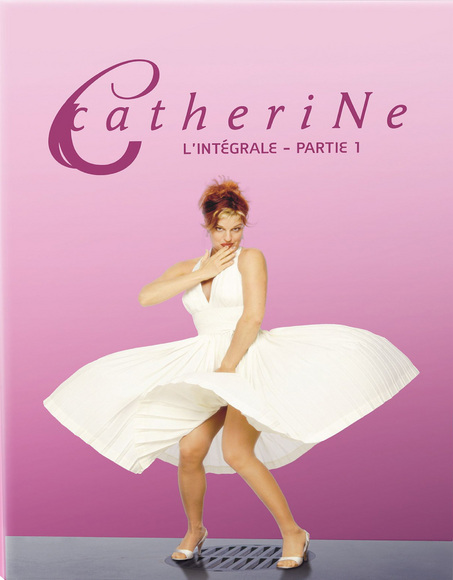 Also, no info on subtitles or captioning.

They’re a bit pricey. I wonder if I should get someone to get them for me. I expect all DVD material to at least be captioned in its original language… no info here. If anyone does, share!