I already published my list of 2015 Best Films, now I’m just segregating all the content from each other. I even have my Top10 Films Directed by Women.

*Note: Though 113 films (over 55% of the list) is English-based, not all of them are Hollywood movies. The number also considers UK, Canadian, Irish and Australian productions and some other mix-and-match co-productions.

Of course, I’m way more comfortable navigating mainstream Hindi cinema than I am Tamil or other industries. But Anupama Chopra has just released her video of the Best and Worst of Hindi Cinema in 2015, so I got inspired to have my own segregated list. xD

The Best of Indian Cinema 2015

The Worst of Indian Cinema 2015

Braganza vs. Bélier – FIGHT! This Heart Is Flying!

Anyone who’ve seen both Sanjay Leela Bhansali’s 1996 directorial debut Khamoshi: The Musical (Silence: The Musical) and last year’s Belgian-French La Famille Bélier -by Eric Lartigau- can spot the similarities between the two (as well as the 1996 German film Beyond Silence (Jenseits der Stille) by Caroline Link). You can even spot the similar plot points by either reading the outline or watching the trailer.

In the pivotal emotional punch of the movie, the daughter (played by Manisha Koirala and Louane Emera respectively) auditions to the coveted singing position, when her (deaf) parents -who had been against the idea- show up to see their daughter perform both vocally and in sign language. Koirala (voiced by playback singer Kavita Krishnamurthy) doing Yeh Dil Sun Raha Hain (This Heart Is Listening), and Emera singing Je Vole (I Fly).

Though Lartigau’s more modern take is much more musically accessible (let’s be honest, the film starts out with 2008 staple That’s Not My Name [1]), it’s also lighter. Bhansali’s story focuses a big chunk of his running time to tell the story of Manisha’s parents, also incredibly played by Nana Patekar and Seema Biswas, their struggle to raise a (hearing) child in near poverty levels, to the point that Patekar goes door to door with his daughter to make a living selling things.

Of course, both also have a love interest, and both Salman and Ilian Bergala are the weakest link.

I’m on a high after watching Shunji Iwai’s The Case of Hana & Alice, which is honestly just wonderful. The film opened back in February with both Yu Aoi and Anne Suzuki back in their roles and promoting the film. I ran into a short interview they did for Filt for their Feb-Mar’15 edition, which feature this beautiful picture of the both. 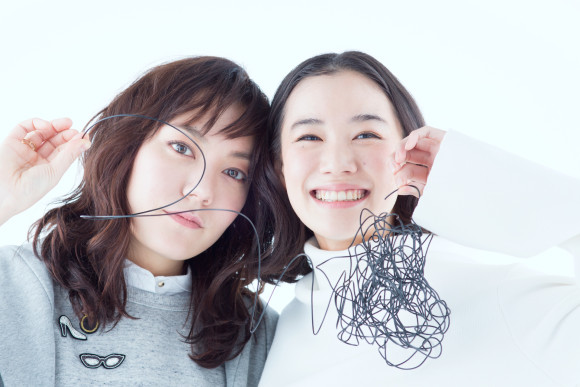 … and their 3D pencil doodle.

All photos by Fumihito Katamura.

I, of course, also ended up finally watching Peter Chan’s Perhaps Love (如果·爱), which is China’s -possibly- only formal foray into the musical genre. They were probably so into Moulin Rouge! and Chicago at some point, they got Farah Khan to whip some of her Bollywood 90s magic. You can see all the influences.

But, of course, Chinese people don’t believe in happy endings… even in musicals! Farah Khan probably watched this and was bored out of her mind because she probably doesn’t get us tortured East Asian souls. I did buy into all the grown-up lamenting love story.

To misquote Ron- I want to suffer, but I want to be happy about it.