I’ve mentioned this before [1], Hula Girls was shot in Iwaki prefecture, so when the tsunami and eventual nuclear meltdown affected the zone, the Hula Girls team as well as the dancers lent their support and/or donated money. Now, Yu-chan is lending her time (maybe there’s money too, though I’d like to think this is from the bottom of her heart) to jump-start visits to Iwaki with the campaign Tadaima Iwaki (ただいま! いわき).

It doesn’t matter, I’d watch 1hr. of Yu eating savory things and visiting places if they’d made a movie about it. LOL As naturally charming as ever~ I’ll watch this 30-sec clip instead. 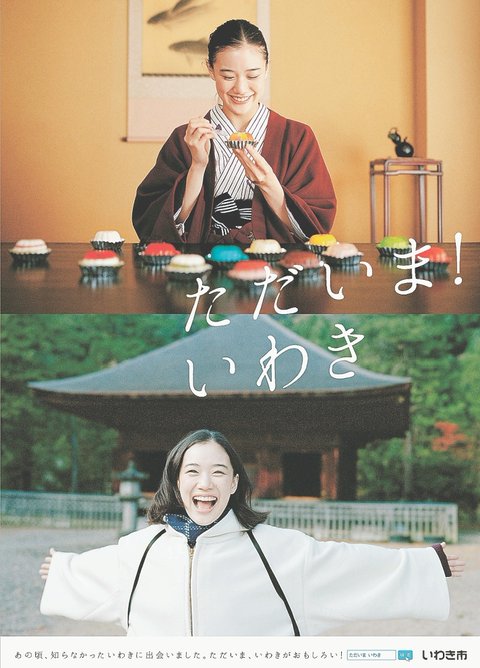 What’s more awesome than just animation? And origami? How about origami-animation? Japanese tissue manufacturer Nepia has a short commercial/PSA/short showcasing origami animals and some stop-motion.

A while back, there was this cool crowdfunding project to develop a game for girls and incentivize careers such as engineering, instead of the same-old same-old games on playing mommy and princess.

After a legal back-and-forth with the Beastie Boys and the use of the original audio track [1], GoldieBlox took a step back and just removed the song parody. The result is still awesome.

The same time who did the OK Go music video This Too Shall Pass, taking us once again into a Pythagoras’ Switch throwback.

I know very little about the history between India and Pakistan, except for the passing talks within some of the movies I’ve been watching. Still, I was moved to nearly tears (I’m still emotional). It follows Google’s search formula, but it’s probably the most moving of their commercials.

And it comes with multiple subtitles!