I has two YAM teaser for you~

YAM005 will be released this Saturday (15th), in the meantime~
check back on old YAM issues, and join our YAM group~

We Love You, Mary Cherry!

First… I will let Mary Cherry do her own introduction.

END_OF_DOCUMENT_TOKEN_TO_BE_REPLACED 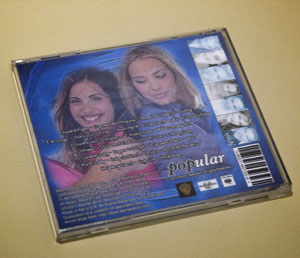 END_OF_DOCUMENT_TOKEN_TO_BE_REPLACED

Turtlenet, Films, and so many projects… oh, my!

Aha… long time no writing nothing, eh? It’s been mainly because Internet has been really really REALLY slow. Nothing really loads, and I have to reload pages at least 10 times sometimes to open them… it’s all Telefonica’s fault. There’s a rumor around that one of their DNS servers crashed, which explains why EVERYONE’S connection has been crappy. BUT HEY! They would NEVER EVER admit it’s their fault. One day before I found out, they came over to check the connection and failed to mention this, and blamed one of my computers instead.

Anyway, this weekend’s been full of films… nothing in the theaters because Peru sucks at releasing films I want to watch, so I’ve been watching DVDs and downloads. Here are the films I watched: END_OF_DOCUMENT_TOKEN_TO_BE_REPLACED