I have just fallen in love with a new song. Better yet!
Lyrics live up to the expectation.
Take a look at Sodagreen from their 2007 album
Incomparable Beauty. Beautiful lyrics and instrumentation on the song.

And this is Little Love Song.

FYI, singer is a guy. But here he is doing a pretty rocking version of Toxic. LOL Now imagine him singing and 2001 Britney Spears performing to that music. Would be sweet.

Well, I certainly don’t keep track with Grammy Awards anymore, so should I be adding the event to my Award Season calendar? Or should I just wait to run into it when it’s airing?

Grammy nominations were announced last night, and I’m glad I’m not the only one wondering why are the Grammy nominations so similar to MTV, the AMA and every other music-related award show? Just take a look at the General Field nominees to see what I’m talking about.

END_OF_DOCUMENT_TOKEN_TO_BE_REPLACED

Must be that hole in my heart that left my years of Britney Spears listening. LOL

And ZOMG, Lee Hyori?? Are you the answer to the Britney hole in my heart? xD

True, U Go Girl is pretty much average (but pretty much catchy, so isn’t that what it’s all about?), and well *cough cough* that video is uhm… pretty much what a lot of guys dream about. As far as live performances go? I’ve seen 2 — and NO, that “smooch” with TOP wasn’t really a smooch — but she seemed pretty average in both, in my opinion.

I really really like her on Family Outing though. I can’t believe (or can?) that she’s 30, and in such a much better state than so many other pop princesses on my side of the world. Maybe they should be taking note? She’s sassy, and pretty bossy — LOL, she scares me — but I also luv her for it xD And I think she looks so much better casual (sweatpants and baggy clothing) than over-made up like she is on her videos, even though she is pretty rocking on that hybrid music-video/commercial thing after the break~~~
END_OF_DOCUMENT_TOKEN_TO_BE_REPLACED 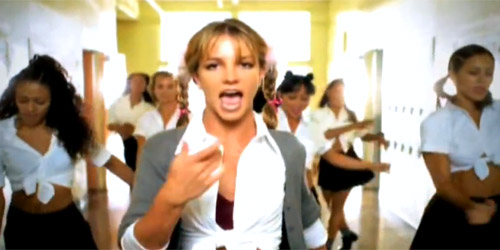 There’s an article, by a dude that talks about this… again. Is it misogynistic? Regular fantasy? Wrong, right? Where do you draw the line? END_OF_DOCUMENT_TOKEN_TO_BE_REPLACED