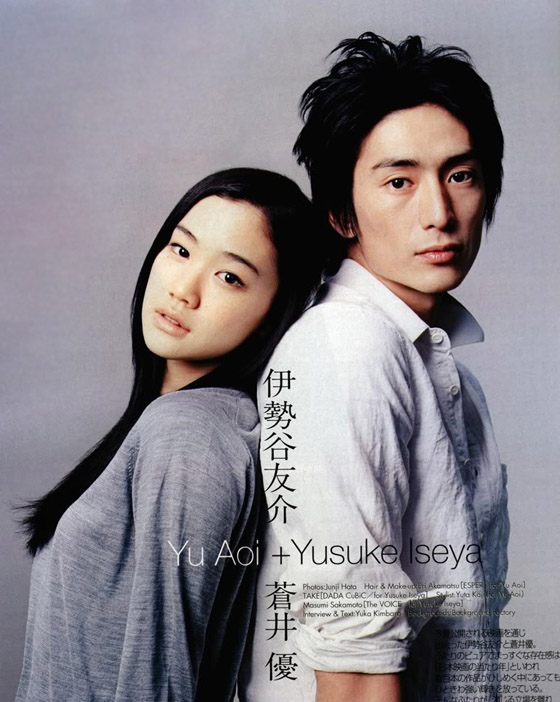 The Hollywood Reporter has a piece on how Voltage Pictures is uniting with the US Copyright Group to sue individuals that have downloaded movies via BitTorrent, one of those films? The Hurt Locker…

The war against movie piracy is getting downright explosive. The producers of the Oscar-winning “The Hurt Locker” are preparing a massive lawsuit against thousands of individuals who pirated the film online. The case could be filed as soon as Wednesday.

Voltage Pictures, the banner behind the best picture winner, has signed up with the U.S. Copyright Group, the Washington D.C.-based venture that, as first reported in March, has begun a litigation campaign targeting tens of thousands of BitTorrent users.

We have heard this before when the music industry try to do it, right?

On this blog, we keep on bringing “distribution” up, because we keep on watching and listening to stuff we can’t get locally. How on earth would I be a Yu Aoi fan if I hadn’t download All About Lily Chou Chou illegally? Same goes for Shunji Iwai, and Salyu…

How could I have ended up owning all the studio albums by the Dixie Chicks, if I hadn’t downloaded Without You from Napster more than a decade ago?

And yes, I may not buy as much as I used to when I was a teenager, but that’s only because I buy pricier items and I’m more exigent with what I want. Dude, I just made a $50USD pre-order from Japan… for ONE ITEM. Without counting the 9 films I just bought from a second-hand store. Sucks to be you, but really…

How do you want me to feel happy spending my dollars in a product sponsored by someone I don’t like? As good as the product can be, I’m not letting my money get into your pockets that easily. And that producer from The Hurt Locker is just making it easier to feel less guilty over not paying for his film.

Hi Nicholas, please feel free to leave your house open every time you go out and please tell your family to do so, please invite people in the streets to come in and take things from you, not to make money out of it by reselling it but just to use it for themselves and help themselves. If you think it’s normal they take my work for free, I’m sure you will give away all your furniture and possessions and your family will do the same. I can also send you my bank account information since apparently you work for free and your family too so since you have so much money you should give it away… I actually like to pay my employees, my family, my bank for their work and like to get paid for my work. I’m glad you’re a moron who believes stealing is right. I hope your family and your kids end up in jail one day for stealing so maybe they can be taught the difference. Until then, keep being stupid, you’re doing that very well. And please do not download, rent, or pay for my movies, I actually like smart and more important HONEST people to watch my films.

Once again, I take the time to highlight the fact that you may not be losing your money to the people who download the most, because it is very likely they are the ones that buy the most DVDs, albums, or pay for a digital copy when it is finally available. However, you are losing money if the people are watching your film from the pirated copy that someone has sold them.

As much as you’d like to fit your car-lending to a stranger metaphor , it isn’t quite like that. Toyota can’t tell whether me or not I can lend my car to my cousin, or that I can’t borrow his Nissan for a spin. Sadly, Social media has established that you do not need to be close to call someone a “friend”. Hence, all people borrowing and lending from each other online wouldn’t really be just “people in the street”, but just friends doing what friends have done since they have been able to copy stuff from one source to the other.

As a person working with design and art, I do understand the concerns. I don’t mind if people save one of my photographs in their hard disks or print them, however, I would mind if someone took my photograph, uploaded it somewhere else and said that they’re selling photographs.

Anyway, I leave you with the reasons Why Peter Serafinowicz Steals Movies… Even One He’s In.

END_OF_DOCUMENT_TOKEN_TO_BE_REPLACED

Woah~ seems like Yu is everywhere this May.
I’m loving it.

Like I’ve said before, Yu’s face on Raiou seems flawless. And she seems more grown up, I was a little taken by that. I feel so proud. LOL even though I’m younger… This is the Yu I like, the one that acts. I’m all over the voice she uses on that teaser. The screaming, it reminds me of Shiro.

END_OF_DOCUMENT_TOKEN_TO_BE_REPLACED

Okay… Vampire is more than a meh title… but you know, even if it’s a film in English, I’m all for keeping the name as “ヴァンパイア” [VANPAIA] — but hopefully this is just a working title — LOL Because you know I’m all for Shunji Iwai and Yu Aoi in anything they might do together… but that is so generic a title.

Nippon Cinema [Bloody Disgusting, and Just Jared, without mentioning Yu…] are reporting new casting decisions for the film. Alongside Yu Aoi, Kevin Zegers and Amanda Plummer, whom I have already reported on, there will also be roles for Rachael Leigh Cook (She’s All That), Kristin Kreuk (Smallville, and is from Vancouver), Trevor Morgan (Mean Creek, Jurassic Park III), Adelaide Clemens (whom I don’t know), and Oscar-nominated Keisha Castle Hughes (Whale Rider, The Nativity Story).

I had totally forgotten this will be shooting in May, so this explains why Yu Aoi was missing from the FLOWERS premiere that other day everyone got blasted for those dresses. And I seem to be the only one who noticed.

I have always had a soft spot for Leigh Cook, even though I haven’t followed her career. I do know she was involved in a project [with Dove?] about self-esteem and body image across schools in the US. And I totally love Whale Rider, so I’m thrilled to see Hughes hasn’t stopped acting after she got pregnant.

Kristin Kreuk… I have the notion, because everyone keeps telling, that Kreuk is hot. I know. I get it, but man… her acting? I mean, how much of a suck was Chun Li?

And finally… Trevor Morgan, who has always played the bully. In my mind… I can only think of Empire Falls and Mean Creek, and he’s a bully in both, isn’t he? He’s an okay actor though.