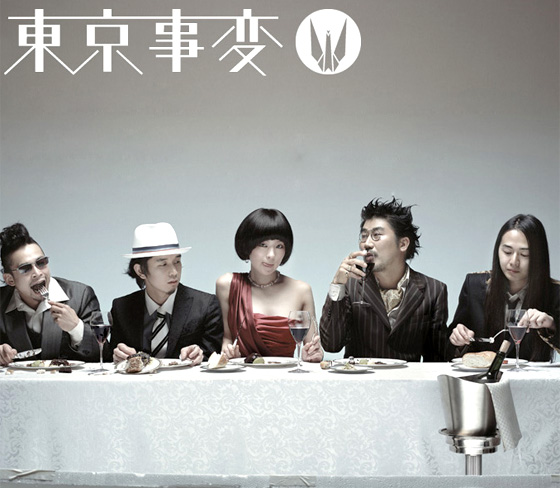 Japanese Rock/Jazz Fusion Tokyo Jihen (Tokyo Incidents… but Jihen sounds so much cooler, right?) will be in charge of the theme song on Satoshi Miki’s upcoming drama starring Joe Odagiri and Chiaki Kuriyama. It seems like they were chosen because leader Shiina Ringo is popular among staff member — I’m already liking the staff members.

The song will be called Tengoku he Youkoso (Welcome to Heaven), which will be available for mobile music download on July 21st, and regular download a week later on July 28th – with no physical release.

Even more excited about watching this. xD

One thing for sure… HMV.co.jp Newsletter Updates > YesAsia Updates.

I just got the email from HMV listing Shiina Ringo’s new upcoming album. Sanmon GOSHIPPU, which translates to ‘cheap gossip’ or as CD Japan puts it “Superficial Gossip”. This is Ringo’s new material since she began collaborating with other musicians, and performing with Tokyo Jihen. Last year, she released a bunch of compilations commemorating her ten years in the music entertainment business…

The album includes 14 tracks, but apparently the first single is not there which is called Ariamaru Tomi (Superfluous Fortune) [HMV Japan], main theme of the Jdrama Smile, and will be released on May 27th.

The album is set to be released on June 24th.
[HMV.co.jp][Amazon.co.jp