All hot potted out, all bubble tead out~

Visited three museums, including the History museum… the Fine Arts one (but that was another city) and some museum they’ve just setup, so we didn’t have to pay. Learned loads of stuff about Taiwan’s history with Mainland China, the Dutch occupation… and, of course, the Japanese occupation. Taiwan is a unique mixture of China and Japan, with a dash of Hawaii.

There’s loads of walking, and a lot of Taiwanese fearing us getting lost in the city, so we’ve gotten the reputation of the Peruvian tourists that can’t read Chinese. When we’re not walking, we’re eating ~ which is good to counter all the walking. I think I’ve literally drank my weight in bubble tea. Loads of milk tea, and I had some winter melon one today. 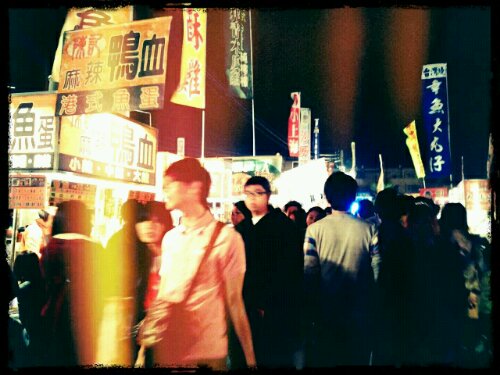 Same with street food… there’s just no stomach enough to try everything at least once. Though, I did go to a proper hot pot place tonight and had some very spicy soup. Luck is mine since I didn’t carry a camera then…

When we’re ready for bed — like I am now — there’s loads of TV. Funny thing is that MTV Taiwan and V channel are swamped with Kpop. I’ve never seen so many performances from Music Bank and Inkigayo. Similar with Kdrama… loads of them on air, even though they’re dubbed. Jpop is minimum, though MTV did show some Kat-tun mv like five times on a day.

Anyway, it’s getting late and I have an early start again. Will have to gather thoughts at a later date. Expect posts on Korean Air, American suing culture, Taiwanese tv shopping, and more~~~ 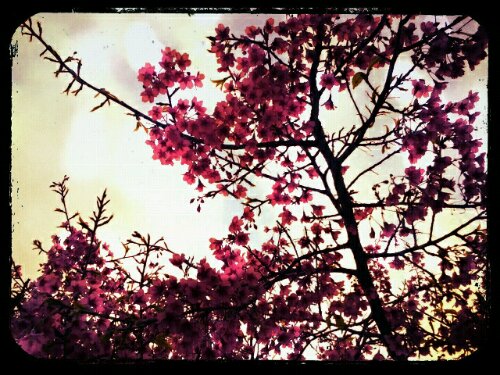 Had a really REALLY early morning that started at 4am to watch the sunrise in Alishan. Now, I’ve never been a huge fan of sunrises and this time around… the sun refused to rise. I was met by a thick group of clouds…

Now we’re in Tainan, and finally staying for two days. My legs are killing me.

In Nantou, on the way to Alisan~

Found a super scary spider in here. There’s no way around it, I’m a total city person. 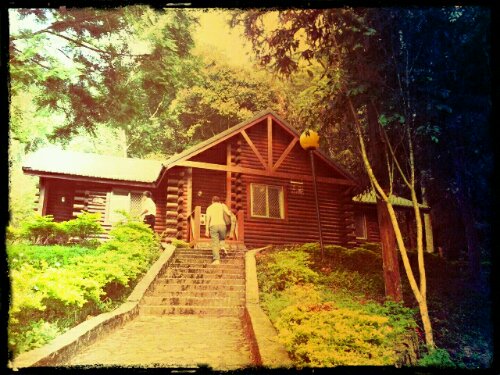 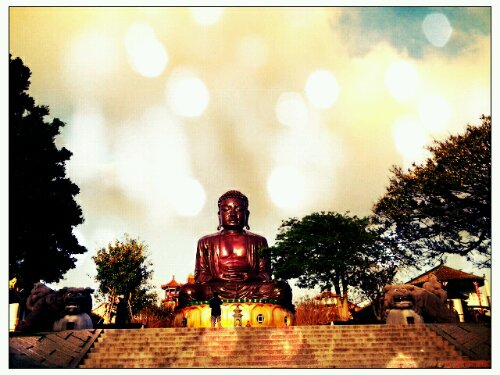 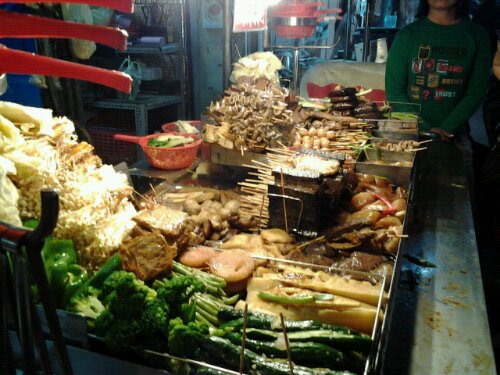 I gotta admit… with the cars, the scooters (the scooters!!!!!) the people, the noise, the smell of food and all the signs in Chinese… my first Night Market experience was a little overwhelming.

I think this is… Taichung. Not really sure what the name of the market was, though. Got some really exciting pictures with the Nikon camera… can’t wait for them.