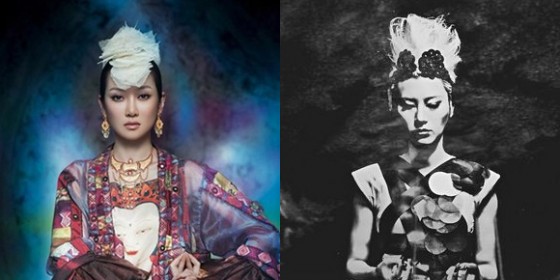 I was just watching CCTV where Sa Dingding showed up. Her Harmony album was one of my faves last year, and revisiting Ha Li Li I thought she’d be perfect for a collaboration with Laure Shang with Love Warrior – which, at this moment, is one of my fave tracks of 2011.

I made a poll on Weibo (first one ever!).

END_OF_DOCUMENT_TOKEN_TO_BE_REPLACED

Divided on whether or not buy the Monkey Majik Best collection because the album doesn’t have the oh-so-sweet Forever version with the kiddos and the old people. As if I could hate rainbows and puppies!

Then there’s Mavis Fan 1999 album, I Want Us to Be Together – so SO freaking-tastic. Frak! This type of albums is what makes me wish I could understand Mandarin, and makes Chinese music all sorts of awesome.

END_OF_DOCUMENT_TOKEN_TO_BE_REPLACED

If you know me, you probably wouldn’t think that I’d be a fan of Milk@Coffee, why? Because Milk@Coffee is happy poppy simple music. My friends think it sounds like children’s music. Obviously, they have that certain vibe because the female part of this duo, Kiki, sounds like a little kid singing, and the music in itself sounds very playful and catchy. However, looking into the songs, they reveal a certain maturity.

Of course you’ve got catchy favorites like Wo Bu Shi Rock n’ Roll (I’m not Rock n’ Roll), the wacky Curry Coffee, or Burn! Little Universe, and Yi Qi Lai (Together). However, there’s also songs like The Older the Lonelier – you gotta admit that’s a really REALLY sad title – or Accustomed to Loneliness. How about the most off-beat of their songs? The Zhongguo Feng-styled (traditional Chinese sounding) Die Lian Hua.

In this new single titled No Time — the album will be out by September… in a mayor label, so Milk@Coffee is no longer indie –, they seemed to have struck a balance with that maturity and the catchy. Yes, No Time sounds like a kid’s song, but it talks about a thing kids will never mind until they grow up a bit. How many of you keep telling the people you know that you don’t have enough time to do something. It’s a tale as old as… well, time.

The begins with a minute of various celebrities saying what they lack time for.  “I am __” they say, “I have no time for ____”.  These neglected activities include listening to music, dating, losing weight, studying abroad, visiting relatives,  having kids, and so many other commonplace ones that every listener should hear one they too pushed back at one point. The spoken introduction ends abruptly with Laure Shang saying: “My name is Shang Wenjie. I have no time to record whatever this is for you”.