Archives For ike-chan to boku (goodbye my secret friend)

With the release of Ike-chan to Boku this weekend, there should be articles and reviews on it – if anyone would care to hunt for them and briefly translate them. It would rock.

In the meantime, I found this 5-question interview on CinemaOnline – a proper translation would be appreciated~ – it also comes with a couple of photos… 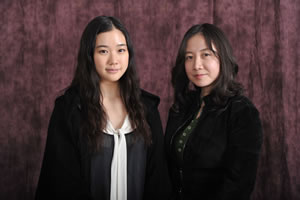 This is my quick I-don’t-speak-or-understand translation

END_OF_DOCUMENT_TOKEN_TO_BE_REPLACED 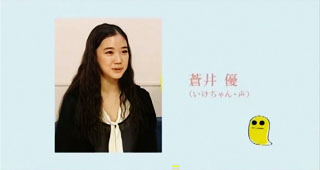 Trailer has a whole bunch of new footage to me… unless they’ve been releasing clips through their website, which I’m not aware of. However, Ike-chan still looks out of place, no? Pops out from the picture… doesn’t look as cute as the one on paper… you think?

Head over here for the trailer via Nippon Cinema.

Ike-chan and Me in Theaters this June!

Yu’s site says her new film, Ike-chan to Boku, will be released this June 20 in theaters in Japan. Yes, I still haven’t seen TOKYO!, One Million Yen Girl is still NOT subbed, Osen is NOT on DVD, and Camouflage is still not done subbing either… BUT Yu’s got more new work on the way.

Synopsis sounds SAD! Check this over at Nippon Cinema~

For as long as he can remember, Yoshio (Arashi Fukazawa) has had a mysterious blob-like companion named Ike-chan (Aoi) watching over him. When Ike-chan is happy, she multiples; when she’s troubled, she shrinks; and when he becomes friendly with girls she turns red and starts getting angry. Throughout their time together Ike-chan sticks up for Yoshio when he’s bullied, and the two of them fight when she becomes too smothering for his liking. Then one day when Yoshio is older and has experienced his first love, Ike-chan vanishes from his sight.

T.T reminds me of Winnieh the Pooh. Anyway, Nippon Cinema’s got a teaser, the one-sheet and a little more info on the book it’s based on.

Also~~ Yu’s voice is only feature, and she’s a blob. LOL’ Not sure about the blob on the movie, but illustration looks super cute. Anyway, Yu has proven she’s good voice acting, though this role feels like its very soft unlike her voice acting in Tekkon~~ just saying. xP

Here’s the Japanese website… and the trailer with subs~~ weird subs, but subs. Any Yu Aoi subs are appreciated~~