I am a geek!
I use Photoshop like crazy.

Nowadays, I take loads more photographs than my student days, but to be honest, I hate re-touching photographs to get rid of wrinkles… or how I like to call them, expression lines.

I love funny faces, big smiles… but then again, I also delete minor things like distracting marks (if it’s too distracting) and choose over-exposed for light purposes, as well as soft light to decrease the hard shadows that make wrinkles pop out~ after all, women don’t like to see their wrinkles

one of the reasons why I love this photo of Heidi Klum, though this photo of Marion Cotillard is also a good one of a different type~ and just for the sake of crazy good looking faces, here’s Carmen Kass.

and Greta Garbo during her 1945 days~ I’ll love you forever, Greta xD

Well, photographer Peter Lindbergh speaks a bit about on this article by The New York Times – Smile and “Say No Photoshop” –  and I have some pics to illustrate his views… of not-retouched models! *legasp!*

“My feeling is that for years now it has taken a much too big part in how women are being visually defined today,” Mr. Lindbergh said in an e-mail exchange. “Heartless retouching,” he wrote, “should not be the chosen tool to represent women in the beginning of this century.” 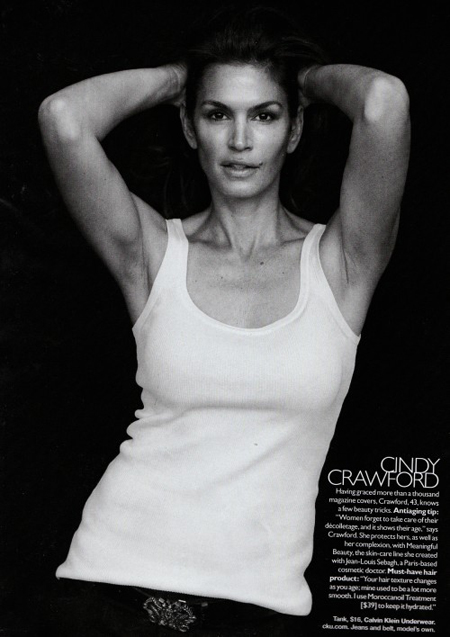 END_OF_DOCUMENT_TOKEN_TO_BE_REPLACED

Winslet on a Miniseries Version of Mildred Pierce 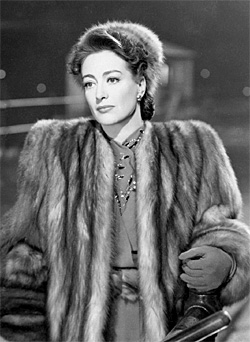 It’s been announced that Kate Winslet will be in a new adaptation of James M. Cain’s novel Mildred Pierce. This time around a miniseries… possibly involving HBO, directed by the Far from Heaven (Julianne Moore) director Todd Haynes. HBO does pretty good miniseries…

Before, the novel was adapted into the movie that earned Fab Joan Crawford her Oscar for Best Actress in 1945.

I loved the movie. It came with my Joan Crawford movie collection, and it made me want to slap Veda so so SO bad~~~ I’m fascinated by the way Crawford led her life… she took it all, man. Until the end.

They don’t make them like that any longer. Stars love to bitch now. They want their privacy, but do nothing. They love the attention, but they bitch. That’s how they make them now…

As you may also know… I’m also fascinated by Greta Garbo. Fell in love with the both of them. Garbo gave it all up for her privacy. That’s how you do it… stars now can’t.

Also, my dad loved the movie too. xD
Had so much fun watching it, and wanting to slap Veda around too. 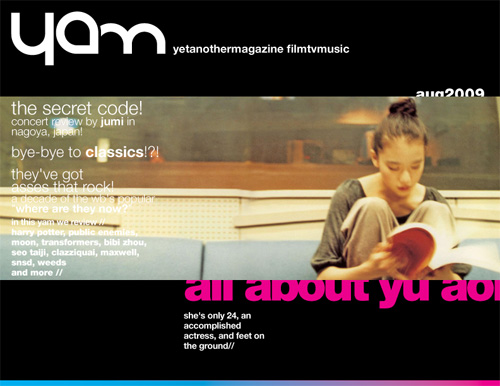 You know how I complain about the prices of regular items in Japan? Well, yeah… $30USD seems a bit too much to me, who has hundreds of albums and hundreds of DVDs. – You could say I have a pretty small fortune… 75% of all those items are probably not collectibles, but who knows… perhaps one day they’ll be rare items. Doubtful, but could happen…

Anyway, whenever I’m zapping and happen to catch Incurable Collectors (Coleccionista Incurable) on A&E, I think about the items I store away in my dusty room… and the ones my mom decided to give away *rolls eyes*

For example, I found this Franz Ferdinand signed copy of You Could Have It So Much Better from 2005 – nearly $150USD – It was, in fact, signed when the group performed in Vancouver and they had a signing session in HMV (used to be Virgin Mega Store). Does that mean I also have a worth $150USD signed copy of the album? NIFTY! And my friend (who went with me) has the companion signed VIP access pass.

Of course, we can get crazier than that… take John Lennon for example! A nearly $14K signed Sgt. Pepper LP, or… a John Lennon photograph by (and signed by) Robert Freeman at $12.5K, or… this John Lennon print at $5,5K,  or a Yoko+Lennon Lithograph at $5,2K, or this REALLY cool Rolling Stone Lennon portrait by Ronnie Wood at $1K.

Still think you’re a crazy fan? LOL’ or are you intimidated a bit with those prices?

You know, just for kicks… take a look at these Greta Garbo items just because I like her so much.

This 1st Edition by Mary Webb which was read by Greta Garbo and signed at nearly $10k… yes, just ‘coz she wrote that. Or… this photograph that includes a letter (signed) to Garbo’s lawyer at nearly $3.5k, or simply this Garbo letter at $2.5k, or if you want to get simpler than that… you can always just buy a photograph of Garbo at just $695USD.

I wonder if… if I had the money, would I try to buy those items??? Would you buy pricey items and collectibles if you could afford it?