I normally don’t post much about Film Festivals, mainly because I don’t get to see many of the films during festivals. However, I thought that I should talk about the Toronto International Film Festival, which seems like a big industry thing. I decided to do this mainly because over at theauteurs.com they’ve recently updated their menu bar options with a “festival” section, and the TIFF section (at least for this year’s edition) seems pretty complete with almost 150 film links.

Cannes presence in the site isn’t bad either. Or the San Francisco International Film Festival…

Starting with the Venice Film Festival on September 2nd until September 12th.

That’s some pretty heavy Film Festival posting month. Add to that the Vancouver International Film Festival (VIFF) that starts on October 1st until October 16th – but the line-up will be announced on September 12th.

More Shorts of the Day~

Too much to post today, not enough time to single post everything
so another round of shorts here…

First, Catalina Sandino Moreno (Maria Full of Grace) has joined Twilight.
WHAT??? Geez… I have nothing left to say about this.
—

as you may know, Spirit Awards nominations mark the beginning of Award Season~

hmm… March? Later than I expected, but oh well~
—

The Toronto International Film Festival (TIFF) has added more titles for this year’s event, including screenings for Alejandro Amenabar’s Agora (with Rachel Weisz), and Natalie Portman’s Love and Other Impossible Pursuits.

Those are added to the list of Precious, Kore-eda’s Air Doll and Bong Joon-Ho’s Mother, which I mentioned back in this post…
—

and finally… I received an email of Sony Pictures announcing Michael Jackson’s “This is It” – the last rehearsals and behind-the-scenes footage on HD and digital sound to be released on October 30th.

won’t post the “press release” because it’s so long, and to be honest – pretty boring to read.

Reuters is reporting that Jay Chou has been cast as Kato (previously played by Bruce Lee on the series) on the new movie adaptation of the Green Hornet written and played by none other than Seth Rogen (Pineapple Express, Funny People) – really? LOL

I said it! Asian invasion!!! xD

VMA Nominees Announced!
Normally, I would’ve done a different post for this, but I’ve lost my interest on MTV.
Can’t blame me, can you?

Womanizer… video of the year? – oh the sadness. Alongside Spears~~~ Eminem with We Made You, Beyonce with Single Ladies, Kanye and Lady Gaga. – REALLY??? I should really make a Look Back on 2008 Videos, I mean… there should be better, MUCH BETTER music videos than those.

Lady Gaga for the win, even though I didn’t really dig any of it. <- that’s a prediction.

END_OF_DOCUMENT_TOKEN_TO_BE_REPLACED 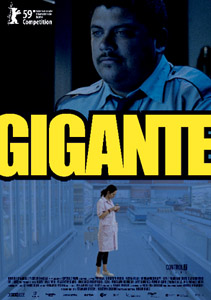 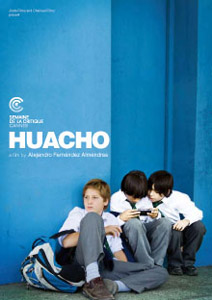 Huacho tells the story of a low-income family in central Chile, following the point of view of each member – grandparents Clemira and Cornelio, daughter Alejandra, and her pre-teenager boy Manuel – for a period of 24 hours, as they deal with the overlap of modern and rural life.

The film starts off early one morning, as everyone gets ready for a new day, and have breakfast, when suddenly the lights go out. Manuel checks if the fuses blew off, but they didn’t, so Clemira asks her daughter if she remembered to pay the electricity bill – Alejandra says she did, but of course she didn’t.

The story breaks off as Clemira leaves for work selling cheese on the side of the highway, Alejandra goes to work at a touristic hacienda, Manuel goes to school, and Cornelio goes to the field he is fencing. It all paints a realistic description of a family that is trapped between a modern society where you need to pay your bills, but still find yourself getting a new dress or wanting a brand new video game, and a rural lifestyle where you struggle for the price of milk to make your own cheese to make ends meet.

The film has a lot of scenes that are devoid from any dialog, and has characters wandering around or just standing there, which either makes you wonder what they’re thinking or gets you to feel gloomy. My favorite segment was probably grandmother Clemira’s as she struggles to sell the fresh cheese she’s made, and all her seller “friends” begin leaving one by one. In the end, Clemira is at the bus stop alone waiting for Manuel to pick her up.

No big climactic big bang booms, Huacho will slowly show you a seemingly average day of a normal family trying to cope with the changing times. It actually reminded me of some slow-paced Japanese films, and those pawn! – 3.75/5