Let’s see~~~ There’s 65 Countries competing for 5 spots on the Foreign Film category this time around, from which I have seen… around… TWO, hahaha. I’ve seen only Madeo (Mother) from Korea, and La Teta Asustada (Milk of Sorrow) from Peru. But I’m watching No Puedo Vivir Sin Ti from Taiwan this weekend~

Also want to watch Mei Lanfang (Forever Enthralled) from China, The White Ribbon from Germany, and Dare mo Mamotte Kurenai (Nobody to Watch Over me) from Japan. I’m pretty sure I’ll be able to find some of those Asian contenders if I look hard enough…

On Animated news~ apparently there are 20 Animated Features that could compete for possible 5 spots for Best Animated Feature. Among these 20 animated films? The kind of Peruvian The Dolphin – Story of a Dreamer. Yup, that’s right. From these 20 films, 7 have yet to be released in the US market (including Dolphin), in the case they can’t meet the deadline, they wouldn’t be able to compete.

There should be at least 16 films that meet the requirement, otherwise we’d be stuck with the 3 regular nominations, which wouldn’t be bad… we just have to be more picky. LOL

Yes, you are reading me right. Glee just began showing on Fox Latin America, and to my surprise~~~ I was surfing channels this evening, and *le gasp* again — Rachel was talking in Spanish.

If I’m reading correctly, Fox Latin America is showing the subtitled episodes on Thursday nights (going up against House M.D. on Universal channel) and a repeat the next day with dub. DUB! How can you show a series like Glee DUBBED!

First, you know I hate dubbings.

But then you take a show like Glee, which is funny because of all the dialog they throw in… and you DUB it? I mean, REALLY? I even had my apprehension towards the subtitles, and now you tell me people are dubbing it? Look, I get it. Glee has cute musical numbers, some Disney people might think that’s entertaining, but what’s truly great is Sue being all harsh and mean, and the whole absurdity of it all. I mean, really!? Pregnant through jacuzzi??? xD 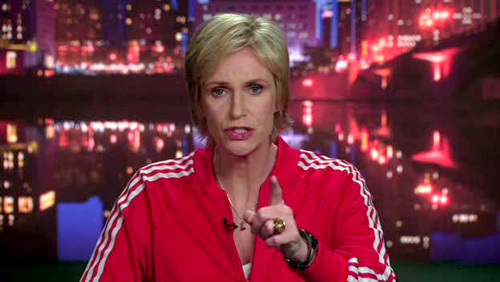 Plus, you canNOT dubbed Jane Lynch’s perfect mean delivery. How can you dub…

I will go to the animal shelter and get you a kitty cat. I will let you fall in love with that kitty cat. And then on some dark cold night, I’ll steal away into your home and punch you in the face.

it’s all about delivery. cannot be done. 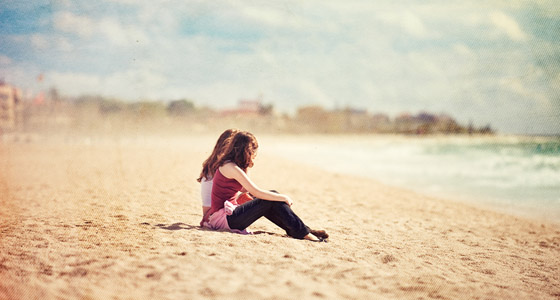 END_OF_DOCUMENT_TOKEN_TO_BE_REPLACED

Since I’ve been jealous that my friends Turtle and JK are taking some really good typography classes, I have told them they can review their classes and assignments with me… that way they learn, and I also get to learn. xD

Anyway, JK referred me to FontStruct, which I had visited once after they showed up on a Communication Arts issue. However, I was to shy to try it out — I mean, that introductory quick animation seems a bit pro. But in the end, JK told me I should check it out because it was interesting, and his teacher like it quite a bit.

So I ended up playing with it to create a pixel-based font. I started out with my KATAKANA alphabet, which has some very nice forms and some very hard  to do~~~ This pixel font also works for typing in Spanish, French and Swedish =D

Sorry, no Hiragana at the moment.

Plus, Photoshop doesn’t seem to recognize the Japanese input, and just uses the default font for Japanese characters. What’s up with that? Does anyone know?

The Evolution of Mobile Phone Dramas

I haven’t used a cellphone since someone stole mine nearly 3 years ago, but I’ve seen it moving towards it. I mean, I still think it’s gonna be tricky watching the show on my phone while making sure no one is following me to mug me.

Stories on forums that became premises for films, blogs that became books, etc. After all, everyone’s got something to say. Then came the days when Marketing caught up with technology, and we began with viral videos. We love viral videos, you’ve probably received thousands of emails from different people all sending you the same goddamn video.

Then there’s Mobile Phone Dramas. Sort of a hybrid between a series and commercials.. or other PR material, maybe a mix between short films and commercials that end up becoming a movie… like the Kit Kat short films by Shunji Iwai starring Yu Aoi and Anne Suzuki that became the film Hana & Alice. And so came Shunji Iwai again, this time with LISMO Channel and their nine 5-minute episodes titled Koibana ~ SUIKA to Bansoukou ~ (恋ばな ～スイカと絆創膏～) directed by Kodomo no Kodomo director Koji Hagiuda.

Iwai, who is producing, has mentioned the high quality of this drama, and seems to be interested in turning this idea into a feature film. In reality, anyone can say whatever they want to say, but if anyone can make a Phone Drama and turn it into a film is Iwai. I mean, after turning Kit Kat into Hana & Alice, I believe anything can be possible.

But how far have we gone… 45 minutes of Koibana may turn into a feature film, short stories become nearly-three-hour films… Facebook becomes a movie, episode recaps as if they were on Facebook. What’s next? Twitter movies? After all, there are Twitter accounts for television characters already. Yes, definitely… a Twitter movie in the future. Anyone wants to discuss a story idea?

There’s already people on LiveJournal doing roleplay (though with real people), we can make one work, right? Anyone want to pitch in? It’s casting time! LOL Just gathering people who have the time to pretend they’re a character, and see where we go. xD

While Asia is taking product placement and marketing to a whole new level, here… they try to shove ads and other silly commercials on printed media. And more commercial time. And more clicking banners.

Also, I might need to add a new category besides Television. xD