I’m back on the Spanish song translating business. xD I hope someone find these translations helpful. I have a feeling that the lyrics on this album are going to be slightly more difficult to translate than the ones on Entre la Arena y la Luna. We’ll have to see about that~~~

Playboy’s Pleasure in your Hands Ads by Neogama

I ran into these, and thought “wow, these are particularly quirky classy for Playboy.” xD Has the brand upped its marketing? Because I’ve ran into a couple of other of their commercial, ads, and covers, and well… they’ve changed.

The concepts were done by Brazilian company Neogama BBH. 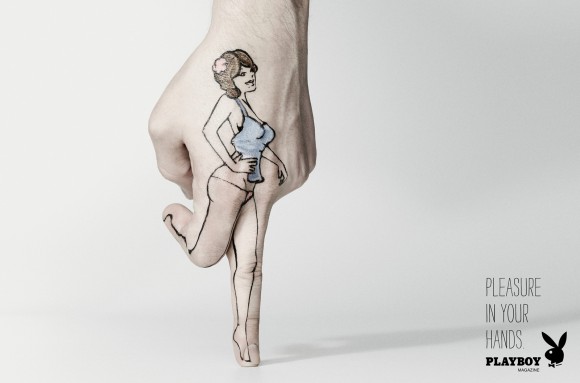 Well, this one is an “oldie” alright.

I remember in 1999, I was obsessed with this song — at least, it was one of the many songs I obsessed over in those years. It has nothing to do with the video, even though I probably taped the video a million times over on VHS. Hey! We didn’t have YouTube back then!

The video is… very 90s Latin America. Floating face hovering on top of the movie — because Recuerda was the main theme song for an Argentinean movie called La Venganza. You would notice the use of Mistral in one of those scenes. It’s hilarious to watch the video now.

The song is pretty simple in lyrics. Diego Torres is an apt vocalist and songwriter at times, but nothing too extraordinary, so his songs tend to be easier to translate. He’s got some pretty good singles, though.
END_OF_DOCUMENT_TOKEN_TO_BE_REPLACED

More Yu Aoi narration work, this time for a 30sec. animated commercial for Tokyo Disney Resort… “where dreams come true,” that carries more of a storyline than some of the movies we watch in theaters. LOL

I hope Yu-chan doesn’t only focus on narration work in the future, coz I’d be pure disappoint. But as I’ve noted before, she’s developed her narration voice now. She’s expanding her voice range.

I was watching my YouTube upload feed, and was shown this commercial instead of the Telefonica Movistar one, and thought it was really good. At first, I thought it was just an Olympics commercial, then I went “duh!” it’s a Bounty commercial.

It was directed by Bram Van Riet for Caviar Content.