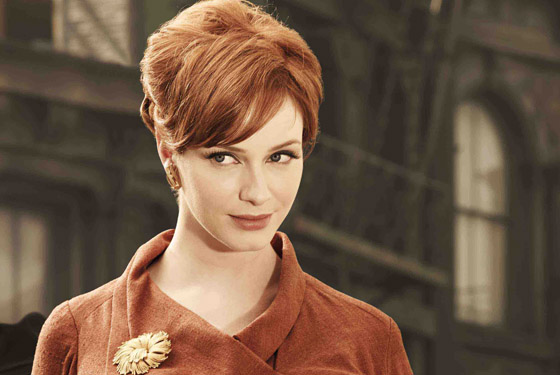 Christina Hendricks has been called buxom, voluptuous, and even bodacious by the press. She wants us to know that she’s much more than her hourglass figure and bottle-red hair, but one thing can’t be denied: Whether she’s warm or cool to her secretarial pool, Joan is always smoking hot.

The Advocate has a new interview with Mad Men’s (and also Firefly’s) Christina Hendricks. x)

I can NOT believe she was a goth… and that she’s a natural blonde.

I’ve had many, many unrequited crushes. I knew this one guy’s entire schedule my senior year of high school and would conveniently be outside his classrooms whenever class let out. But I was a goth kid and he was a soccer player, so he wasn’t having it. He was just horrified by me. 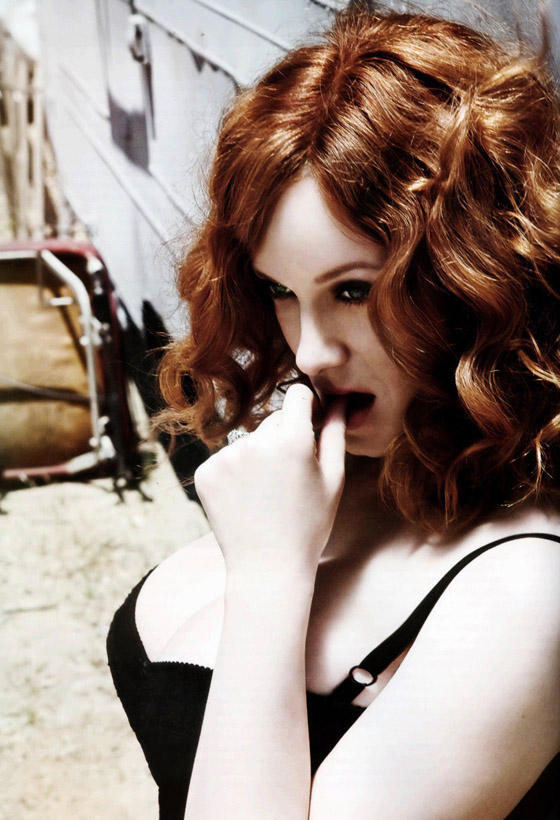 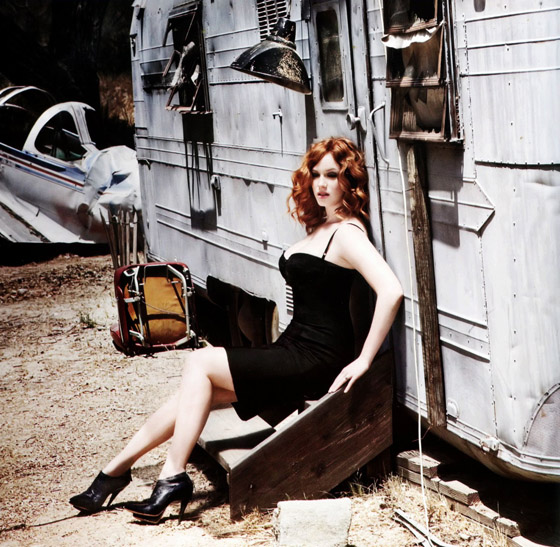 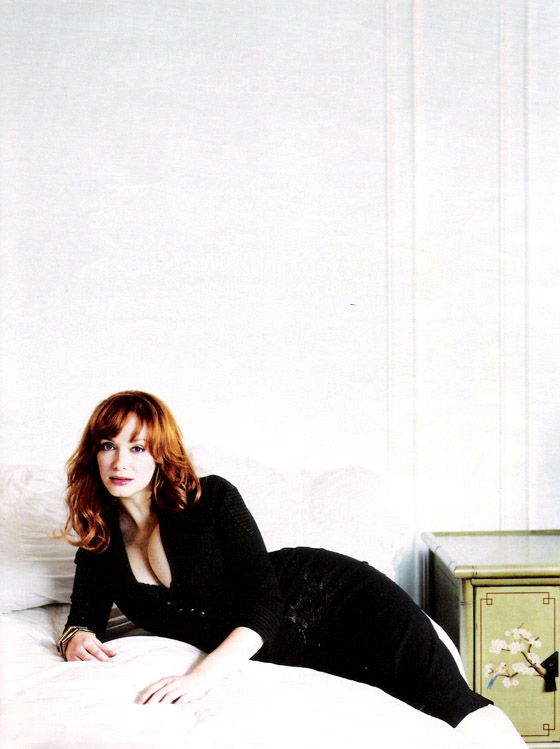 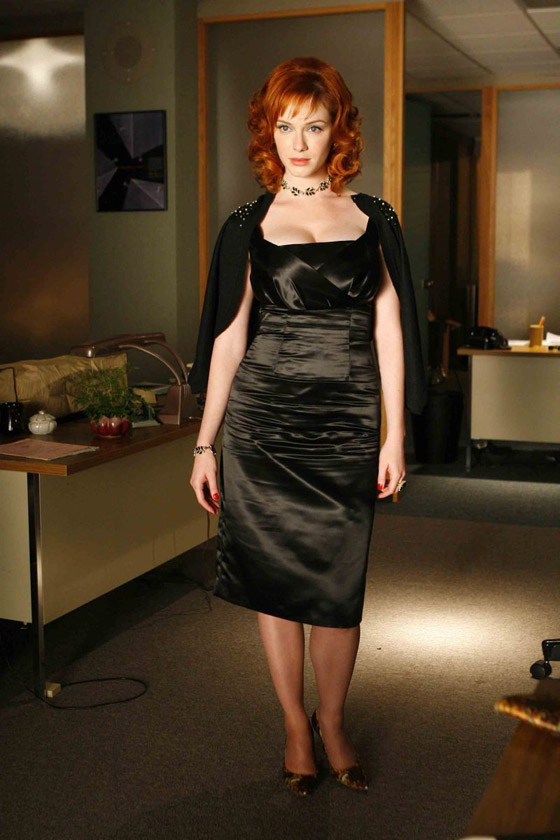 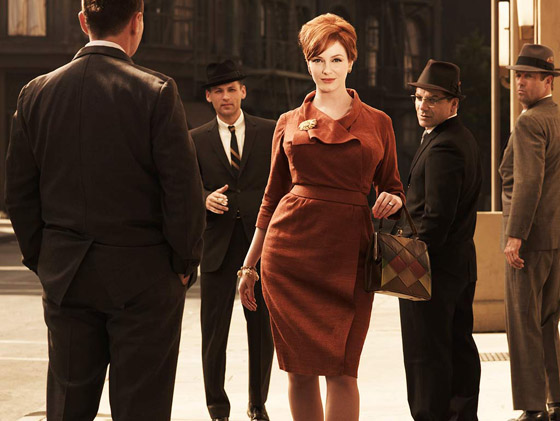 Full interview over the Advocate site.