Been a long time since the last ‘why the 90s ruled’ [click to get the other posts] – almost a whole year, in fact. The other day, actually whenever I ended up talking about TV and growing up, I ended up talking about the different in thematics on shows for teenagers. We always end up asking if TV’s changed because teens have changed, or if teens have changed because TV has. Which is really the cause, and which the consequence?

Most of my teenage years, I remember I spent watching ABC, at least when I was 11 or 12 years old. Watching shows like Boy Meets World, and Sabrina the Teenage Witch. Of course I could go back a little bit more and say I watched shows liked The Adventures of Pete & Pete, and Clarissa Explains it All on Nickelodeon. Back then Melissa Joan Hart still looked like a teen, and did little to reference dating and boys. However now, I’ve looked through all those Nickelodeon shows, in which our young female protragonists look like they could be 18, and most of their storylines revolve around love interests or the opposite sex in general. 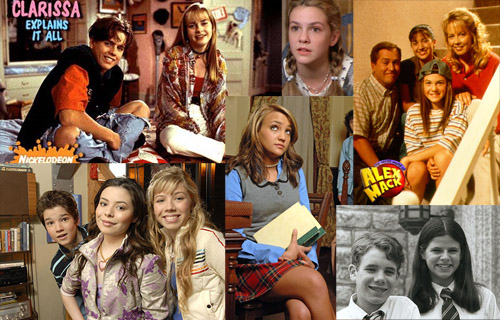 From left to right, top to bottom – Melissa Joan Hart on Clarissa Explains it All, Larissa Oleynik on Alex Mack, Miranda Cosgrove on iCarly, Jamie Lynn Spears on Zoey 101, and Meredith Henderson on Shirley Holmes.

Move forward a couple of years, I’d watch The Adventures of Shirley Holmes, or The Secret World of Alex Mack… young female lead shows, that rarely dealt with boys. Sure, Shirley did get together with Matt (?) – and though I didn’t get to see the last season, I’m pretty sure boys wasn’t the main issue with those shows. 14-year-olds still could be considered kids… as we transitioned to other programming.

Yes, we began watching Dawson’s Creek, but in contrast to shows like The O.C, or Gossip Girl, the neverending issue of at least the first seasons was whether Joey (the non-Cruise-relate Katie Holmes) would lose her virginity to Dawson. Of course we know what happened… but back then, it was a huge debate point. Nowadays, we just assume teens have not the issues with sleeping together, sleeping around or anything. 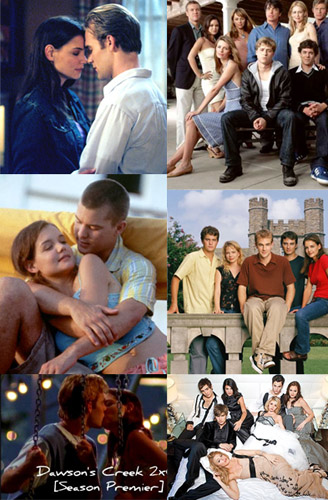 I’ve talked to parents who have their 11-year-olds watching The O.C, and Gossip Girl. It’s funny that they don’t know what to do. Do we blame the show creators for over-sexualizing tv programming? Is it the same for boys, as it is for girls? As House puts it best

But, yeah~ enough of the rant, non? Shows that totally rocked in the 90’s? Buffy the Vampire Slayer, The WB’s Popular~~~ are some very blogged about topics on this blog.