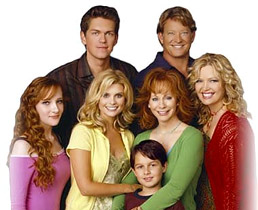 2 responses to Goodbye, Reba (the show)